My Life As A Sleep Lab Manager 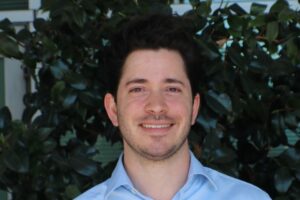 As a lab manager, I was frustrated by how difficult it was to get raw sleep study data to scorers and interp physicians. Somnoware optimized our lab’s workflow, with minimal modifications and substantially decreased scoring and interp turnaround times.

My name is Justin Spector and I recently joined Somnoware as a Product Manager, but I have spent most of my life in the sleep lab industry. For seven years, I worked for REM Sleep Center in Austin, TX, starting out as a sleep tech, then as a scoring tech, lab manager, and eventually as an operations manager.

As a lab manager, I found myself overwhelmed by the number of things I had to track and I was especially frustrated by how difficult it was to get the raw data from sleep studies to the scorers and eventually the interpreting physicians to review. As a result, I began looking for a product to help me with my work and came across Somnoware.

This solution allowed me to customize the platform for my lab’s unique workflow and it provided support for training our 15 interpreting physicians. The first thing I noticed when I started using Somnoware was how much our scoring and interpretation turnaround times were decreased.

While in the past, studies were normally scored the next day or the one after, and then the interpretation would normally take another 3-4 days. When using Somnoware, the studies were often scored and interpreted the day the study was completed. Another huge headache that Somnoware eliminated was managing the storage of devices that we had to maintain to archive our sleep study data for 7 years. This solution greatly reduced our IT infrastructure spending, not to mention the panicked mornings when our file transfers failed.

There were also other unexpected improvements we gained from using Somnoware, the Wait List feature in the scheduler proved to greatly increase our scheduling efficiency, as it was much easier for our schedulers to prioritize which patients to call, and patients were no longer being dropped when they did not respond to our 1st or 2nd call. Overall, our empty beds were decreased by half.

However, for me personally, the best aspect of incorporating Somnoware into my lab’s practice was the free time it gave me to focus on growing our business instead of on just maintaining the status quo. We greatly expanded our HST business by opening new labs and adding new physicians to our practice, since I was free to be away from my desk for most of the day.

Eventually this helped me to become an operations manager, working directly with the COO of our parent company to shape our overall strategy of the corporation, as the role of lab manager could be handled part-time. Now that I am with Somnoware, I want to reduce the amount of manual work involved in getting patients through the sleep study process so that our lab partners can continue to thrive in an environment of decreasing reimbursement and higher costs.